Skip to content Toyota 2021 RAV4 Prime plugs in for efficiency, but lets its hair down with 302 hp – عالم الثقافة 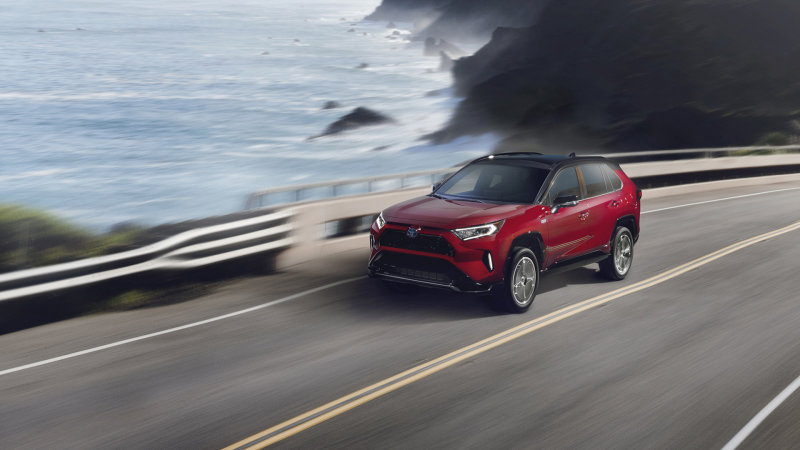 It’s the second-quickest model from 0-60 mph in the Toyota lineup only behind the Supra.

The 2021 Toyota RAV4 Prime plug-in hybrid returns 90 miles per gallon equivalent, boasts 302 horsepower and goes from 0-60 mph in 5.8 seconds. It’s the second-quickest vehicle in Toyota’s lineup behind the Supra. So, yeah, that’s the world we live in; plug-in hybrids can be kind of cool.

Toyota ushered the RAV4 Prime into the world on Wednesday at the Los Angeles Auto Show and it’s a mighty impressive machine, to say the least. It’ll specifically gun for the upcoming Ford Escape plug-in hybrid, and Toyota’s compact plug-in crossover will put up a fight. 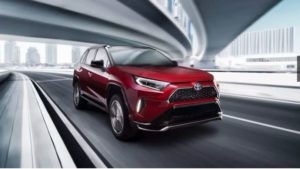 Beginning with the powertrain, there’s the same old 2.5-liter Atkinson cycle inline-four engine from the RAV4 Hybrid under the hood. It still makes 176 horsepower, which is just fine. But, there are two electric motors onboard, fed from an underbody-mounted lithium-ion battery pack that add a bundle of power and brings us to the 302 hp combined output. All of that power flows to all four wheels via standard all-wheel drive. The AWD system is an on-demand operation, which sees the electric motors power the rear wheels as needed. 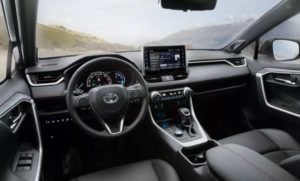 The Japanese automaker was incredibly keen to highlight that this isn’t the RAV4 for those simply looking for efficiency. No, this is essentially the compact crossover’s performance model. The AWD system will work to fight understeer in corners, and it’s even got some off-road chops with a selectable “trail” mode. When the plug-in hybrid isn’t working to be a modern-day Renaissance man, it’ll go an estimated 39 miles on battery power alone before the engine kicks over.

Two flavors of RAV4 Prime will be available. The first is a new SE trim with 18-inch wheels, black exterior trim and a bevy of standard equipment inside. Buyers will find standard heated front seats, an 8-inch touchscreen display with Apple CarPlay and Android Auto, and even a power liftgate. For the driver, a power seat is standard, as is a 7-inch display in the gauge cluster. Just like for any other Toyota, a suite of active safety gear is standard.

An optional premium package makes this electrified RAV4 even more luxurious with ventilated front seats, a head-up display, a JBL audio system and “dynamic” navigation. The final feature reads the road and learns a driver’s routine to help make trips as efficient as possible.

That, readers, is a lot of equipment packed into a mass-market crossover SUV. Toyota said RAV4 Hybrid sales are up 72% year-over-year and it seems like the RAV4 Prime may be the ticket for drivers to slide into a vehicle that leans on electricity even more. If anything, pitching this is somewhat of a performance SUV could be a very smart move. We’ll see the plug-in RAV4 reach market in summer 2020 as a 2021 model.