Star Wars games often feel estranged from the franchise that spawned them. Video games have gotten very good at capturing the aesthetic of Star Wars–the cold metallic angles of Imperial architecture, the powerful hum of a lightsaber, the electric snap of a blaster bolt hitting home–but can struggle to get beneath the surface. It’s the rare Star Wars game that reaches beyond how Star Wars looks to explore what Star Wars is really about.

Star Wars Jedi: Fallen Order, the latest game in the canon, is one of the better offerings specifically because it tries to look beyond the trappings of Star Wars. It’s not just another Jedi power fantasy, although wielding the Force with skill and resolve will certainly make you feel powerful. Like the best Star Wars games, it’s one that adds to the ideas of the films and other material, exploring new corners of the galaxy while focusing on the core themes of the franchise: knowing yourself, fighting your own darkness, and braving adversity with the help of friends. 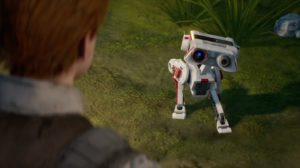 Friendship has always been one of the main drives of Star Wars, especially in the original film trilogy, and it’s the core of what makes Jedi: Fallen Order work in both story and gameplay. The primary relationship of the game is between Cal Kestis, a Jedi padawan in hiding in the aftermath of the Jedi Purge that took place in Revenge of the Sith, and BD-1, a droid entrusted with a secret mission by the Jedi Master that previously owned it. Once Cal and BD-1 meet, they become inseparable, working together as partners to solve puzzles in forgotten ruins, navigate alien environments, and beat back the Empire.

The pair work throughout the game to complete a scavenger hunt created by BD’s last companion, Master Cordova. Before he vanished, Cordova locked away a list of Force-sensitive children throughout the galaxy that could be used to resuscitate the destroyed Jedi Order and challenge the Empire. He left clues to how to retrieve that list hidden in BD, requiring Cal and the droid to travel to various worlds, following in Cordova’s footsteps to free up BD’s encrypted memories. 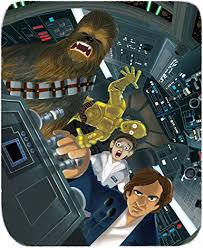 Functionally, BD is Cal’s constant companion as he rides around on the Jedi’s back, and Cal regularly talks with the droid as they explore Fallen Order’s planets. BD also serves several support functions in gameplay. Most importantly, BD provides Cal with “stims” that allow him to heal himself in the middle of Fallen Order’s often-oppressive combat. He can also function as a zipline, unlock doors, and hack certain droid enemies to turn the tides of battle. BD is just enough a part of any given fight or puzzle that you’re always aware of his presence and his help, but it’s Cal’s constant interactions with the little droid that really build out their relationship.

You definitely need BD’s help and the upgrades you find for him throughout your journey, because Fallen Order can be punishing. It lifts a number of gameplay ideas directly from the Soulsborne genre; enemies are often tough-as-nails and can deal big damage if you’re complacent, whether they’re Imperial stormtroopers taking potshots or two-foot rats leaping out of burrows to snap at Cal’s throat. Fighting isn’t just about wailing on everyone with your lightsaber, but rather relies heavily on blocking and carefully timed parries if you mean to stay alive against even the most run-of-the-mill foes. You and your enemies also have a stamina meter to manage, which dictates how many blows you can defend against before you stagger, and adds a strategic element to duels. To win a battle, you need to whittle down an enemy’s stamina while blocking, parrying, and dodging to manage your own. Since every blow you sustain can be devastating, combat becomes an exciting, cerebral exercise in pretty much every case. You’ll spend a lot of time not only honing your parrying skills, but also making quick battlefield decisions about how you can isolate dangerous enemies or use your Force powers to even up the odds. 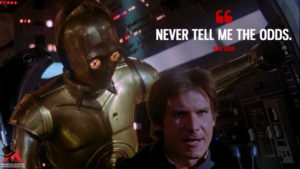 You can only heal from a limited number of stims or by resting at periodic meditation points, similar to Dark Souls’ bonfires, and using them respawns all the enemies in the area, which makes being a smart combatant even more critical. Killing enemies and finding collectibles nets you experience, which accumulates into Skill Points you can spend on new abilities for Cal. But dying costs all the experience you earned since your last Skill Point unless you can find and damage the enemy who bested you.
Though the elements of Fallen Order are Souls-like–it’s probably most closely comparable to Sekiro: Shadows Die Twice, in fact–on most difficulty settings, it’s far less brutal than From Software’s games. Fallen Order might be considered Soulsborne-lite, making use of the same elements but to a differen

Your lack of overwhelming power also helps make the ever-looming Empire a frightening threat, even as individual soldiers comedically call out their own ineptitude in pretty much every battle. Cal spends the entire game hunted by the Inquisition, a subset of the Empire’s forces specifically tasked with exterminating Jedi. Because every fight is potentially deadly, running into the game’s specially trained Purge Troopers is always an event, and you’re forced not only test your lightsaber skills and timing, but to consider all the abilities at your disposal to make it out alive. 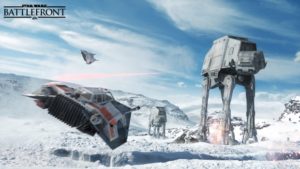 The rest of the game often has to do with clambering around the environment and solving puzzles, not unlike Tomb Raider, God of War, or Prince of Persia: The Sands of Time. Navigating the world is as much about using observation and problem-solving skills as your Force tools. Respawn’s Souls-inspired map design allows you to explore off the beaten path without ever really getting lost, and each planet is richly realized and fascinating to explore. The intricate pathways encourage you to wander off and visit each planet’s varied environments to see what you might uncover, and Fallen Order always make sure you’re rewarded with a bit of story, a cosmetic item, or even an optional miniboss fight.

When you’re between missions on planets, you’re spending time with Fallen Order’s two other major characters, Cere and Greez. They’re the pair who manage to save Cal in the early hours of the game when his Jedi nature is discovered by the Empire, and they put him on the quest to find the list of Force-sensitives before the Inquisitors can get their hands on it. Though the story is a little rough in the early going as Cal is thrown directly into the quest with little lead-up or explanation, Fallen Order’s story starts to excel around the halfway point as his relationships with BD, Cere, and Greez really start to develop. Once Fallen Order starts to invest in the interpersonal dynamics and deepening friendships of its cast, it really hits a stride–and its quest feels less like an elaborate series of tasks to fetch a MacGuffin, and more like an essential addition to the ongoing Star Wars saga. 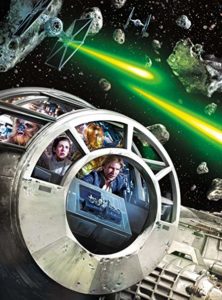 It does take Fallen Order a while to get there, though. The first few planets are a bit on the dull side, rushing to get Cal on his quest through the galaxy without really establishing why you should really care. Until it starts to click later in the game as you unlock more Force powers, combat can be a hassle, especially at certain boss battles or chokepoints, when your last meditation point is some distance away and you have to navigate through the same chunks of the map over and over. And while parrying is an essential part of the game, at higher difficulties, the timing can feel finicky and unreliable.

The game also loves to throw handfuls of enemies at you all at once, which can be overwhelming, and combat against lower-tier enemies is built to lock you into finisher animations in a lot of cases. Instead of making you feel like a cool, well-trained warrior, these usually just leave you open to some Imperial dork wandering up with an electrobaton and clocking you in the head. It’s only after you get enough Force powers to effectively control the crowds that these moments become more exciting than irritating. But throughout the game, there are always times when an enemy you couldn’t see because of the game’s tight targeting lock system gets in a cheap hit, forcing you to replay a fair stretch of its large, interweaving maps.

But especially as it wears on, Fallen Order becomes perhaps the strongest conception of what playing as a Jedi Knight ought to really be like. It’s true that Fallen Order borrows liberally from other action games, but those elements work together with Respawn’s combat and environment design, and a story that finds humanity in the Force and in its characters, to hone in on what makes the world of Star Wars worthy of revisiting again and again. Even with some rough edges, Fallen Order represents one of the most compelling game additions to the Star Wars franchise in years.