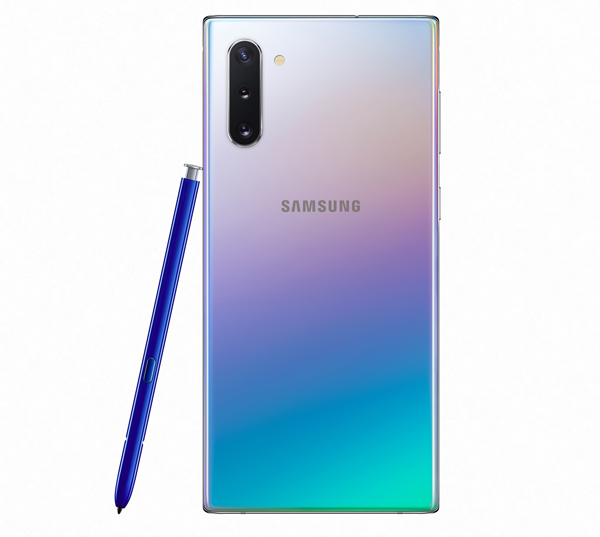 For the entirety of the Galaxy Note’s existence, it has always been The Big Phone. It was the first mainstream phone to push the envelope of screen size — so much so that, at first, we dubbed it a “phablet” because it seemed so silly big. Sure, it had Samsung’s latest tech and features, plus that stylus, but the Note was first and foremost about the big screen.

Eight years on from the first Note, big phones are no longer novel. So instead of just one Galaxy Note this year, we have two: big and bigger. We’ve already covered the “bigger” model in our review of the Note 10 Plus, so I’m going to look at the $949.99 Note 10. 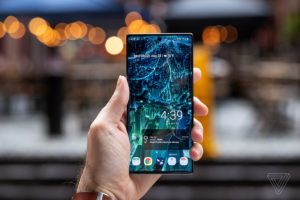 Much of the Note 10 is the same as its bigger sibling: it has the same processor, the same S Pen stylus, the same software, the same angular design and premium feel, and the same camera system. The difference is that it’s smaller, with “just” a 6.3-inch display compared to the 10 Plus’ gargantuan 6.8-inch screen. The Note 10 is the smallest Note phone ever released, roughly the size of the mainstream Galaxy S10 or iPhone XR.

That smaller size gives the Note 10 the potential to be something that no prior Note has been: the ideal premium smartphone for everyone. It comes with all of the bells and whistles, yet it isn’t such an enormous thing that it doesn’t fit in any of my pockets and can’t be used without two hands and lots of concentration. That’s more than I can say for the otherwise stellar OnePlus 7 Pro and every other Note phone I’ve ever used.

But after using the Note 10 for the better part of the past two weeks, I’ve determined that it’s little more than an S10 with an S Pen. 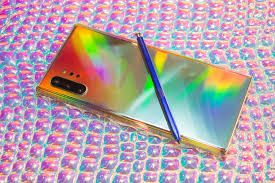 The Note 10 has the same aluminum frame plus glass construction as the Note 10 Plus. It is just as premium feeling as its bigger sibling, and the fit and finish are at the top of what you can get from a smartphone in 2019. It’s just a really nice thing to hold in your hands.

It’s also slightly easier to hold in your hands than the Note 10 Plus because of its smaller dimensions. On a spec sheet, the Note 10 is within millimeters of the S10 and the iPhone XR. But its squared-off shape and lack of bezels make it a bit harder to use in one hand than those phones. Reaching the top to swipe down for notifications requires shifting the phone down in my hand, and I have to tilt the device precariously to reach the opposite side with my thumb. It’s really the upper limit of what I can manage without dropping the device. Though the Note 10 is a “small Note,” it’s still a big phone, and it won’t be for everyone. 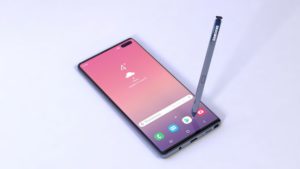 Despite that smaller frame, the Note 10’s 6.3-inch screen is still a huge display that’s extremely immersive, thanks to those tiny bezels above, below, and on the sides of it. This phone is about as all-screen as you can get at this point, and even the cutout for the front camera doesn’t diminish the immersive feel. I love using this phone for reading text and watching videos more than perhaps any other device. It’s just that nice to look at.

The display has a lower resolution than the 10 Plus’ screen, and it even has fewer pixels than the S10 or S10 Plus. But in practice, it’s still razor sharp, and I’d be hard-pressed to believe anyone who says they can see the difference in resolution between it and the screens on the other phones. It’s also exactly what I’ve come to expect from a high-end Samsung screen: bright, colorful, and with great viewing angles. In an interesting change, the Note 10’s screen is set by default to display more muted colors than is typical of Samsung phones. If you want to restore the punchy colors of prior Samsungs, you have to change the display to “vivid” in the phone’s settings app. 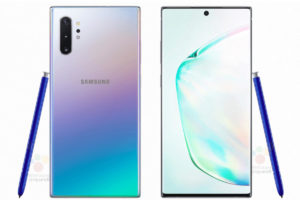 Since the Note 10 has the same processor and software platform as the Galaxy S10 and Note 10 Plus, its performance is just as fast and smooth. I rarely encountered any hiccups or stutters. The only other phone that feels any faster is the OnePlus 7 Pro, and that’s largely due to the 7 Pro’s higher refresh display. A higher refresh screen is something that Samsung could have added to differentiate the new Note models from the rest of its lineup this year, but it didn’t. I wish it had.
THE NOTE 10’S BATTERY LIFE IS LESS IMPRESSIVE THAN THE REST OF THE PHONE
The Note 10’s 8GB of RAM is plenty for multitasking and streaming music in the background without the worry of it being shut down by the phone’s memory management. (I’m looking at you, Pixel 3.) The 256GB of built-in storage — the only configuration available — is generous enough to cover all but the most voracious data hoarders’ needs, and I didn’t miss the fact that I can’t expand it with a memory card. 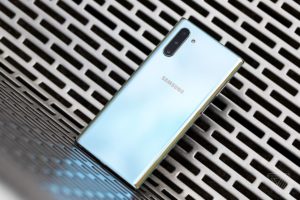 While the Note 10’s performance has no issues, its battery life is less impressive. Galaxy Note phones are famous for being able to last for a full day with heavy usage, but the Note 10 requires a bit more management and attentiveness to its battery life than I was expecting. Even though the battery capacity is higher and the screen resolution is lower than the S10, I’ve been getting about the same battery life on the Note 10 as I did on the S10, with just under four hours of screen time between charges. That’s still solid, and it will suffice for most people, but it’s not the impressive stamina you can get from the Note 10 Plus or even the S10 Plus.

The Samsung Galaxy Note 10 has three rear cameras: standard, telephoto, and ultrawide.
The Note 10’s camera system is basically the same as the Note 10 Plus: a triple-camera array, with standard, ultrawide, and telephoto cameras. That gives it a lot of versatility with angles of view. It’s a bit like having a whole camera bag full of lenses built into the back of your phone. The Note 10’s cameras are fun to use and consistently provide detailed, colorful pictures in good lighting. But as with the other Samsung phones, the Note 10’s camera can’t keep up with the Google Pixel 3 in nighttime shooting. 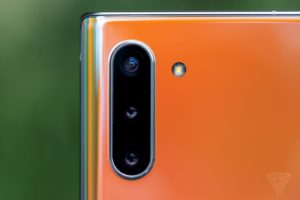 THREE CAMERAS PROVIDE A LOT OF PHOTOGRAPHIC VERSATILITY
Finally, the Note 10 has the exact same S Pen stylus and features as the Note 10 Plus. You can use the S Pen to write on the screen, navigate the user interface, or remotely snap photos in the camera. In the many years I’ve tested, owned, and used Note phones, I’ve always struggled to adopt the S Pen into my daily workflow, but Samsung insists that the pen is a major reason why so many people buy Galaxy Note phones. The Note 10’s slightly smaller screen doesn’t diminish the S Pen’s capabilities, either. It’s just as easy to write with and mark up documents as it is with the larger screen of the 10 Plus. It’s also pretty good for playing Two Dots.

The point of the matter is if you’ve long been intrigued by the S Pen’s capabilities but put off by the fact that you needed to buy a giant phone to get them, the Note 10 puts the S Pen in a smaller phone than ever before.

Though it may not be readily apparent from reading its spec sheet, the Note has changed more this year than it has with any prior model. No longer the King of the Big Phone Hill, the Note 10 is something else.