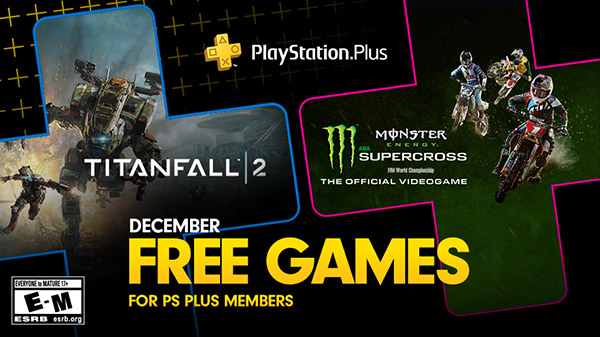 And one of them is fantastic. Guess which one.

PlayStation has announced its PS Plus games coming to PS4 next month, and it includes a doozy of an underrated gem alongside a rough-and-tumble racing game. The games will be available starting December 3, so make sure you claim November’s PS Plus games by then.

The first of the selections is Titanfall 2 from Respawn. The game, set in the same universe as the more recent Apex Legends, features the tug-of-war mech and on-foot multiplayer combat from the first game, as well as a full-fledged (and excellent) campaign. It was overshadowed by other fall releases, but if you missed it the first time you should take the opportunity to catch up.

The second game of the month is Monster Energy Supercross. The official game of the Monster rally event features customized bikes and riders and a track editor.