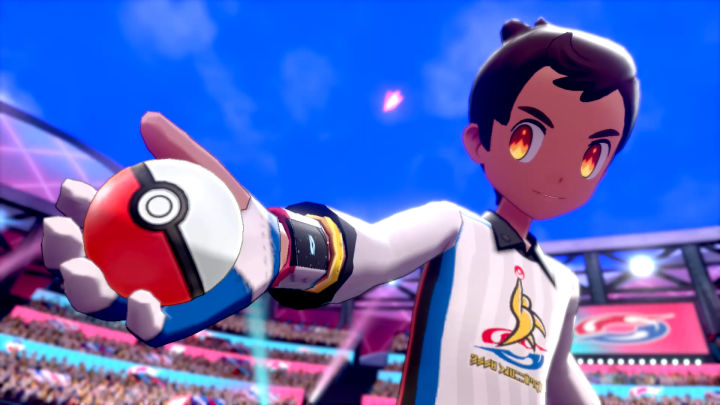 It has arrived! Pokémon Sword and Shield, the latest in the mainline Pokémon series and our introduction to a entirely new generation of Pocket Monsters, is finally here. Gen 8 features a totally new roster of Pokémon and we’ve collected the full list of Gen 8 Pokémon below for your viewing pleasure, including all the returning Pocket Monsters – that’s 400 in total!

Our sparkling new database features the entire Galar Pokédex, including the 81 brand-spanking new ‘mons. Along with the new Pokémon in Pokémon Sword and Shield, there’s obviously a hefty number of past Pokémon returning to the Galar Pokédex, too, as well as regional versions like Galarian Ponyta.

You can use the tool below to search for the Pokémon you want and find out which of your past favourites have made the cut in the Galar Pokédex. For example, if you only want to see the new Gen 8 Pokémon that feature in Pokémon Sword and Shield, type ‘generation:8’ into the bar and search. If you’re wondering about version-exclusive Pokémon, simply type in ‘exclusivity:sword’, hit ‘Return’ and voila! Anyone care to guess how you’d do the same for Pokémon Shield?

Switching to ‘Table’ view will reduce the information and enable you to sort by Galar Pokédex number, National Pokédex number, name, type, etc. Handy, no? Alternatively, you can search for individual Pokémon using their name and avoid dreaded spoilers.

We’ll update this database with official art as-and-when it’s released. With that in mind, PLEASE BE AWARE that if you want your Galar adventure entirely unspoiled when you play through the game, simply don’t scroll down. Still, you’re here for a reason, right? And if you are sensitive to spoilers, the search bar enables you to find the specific information you’re after. Happy days! 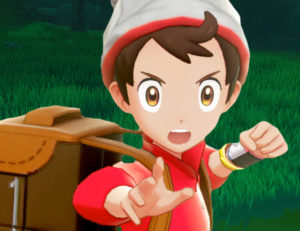 If you’re unsure about Pokémon type strengths and weaknesses, you can check out our Pokémon type chart to help you conquer even the scariest Pokémon with some know-how. There’s also a collection of other Pokémon Sword and Shield guides at the bottom of the page for your perusal.

Pokémon Sword and Shield, the 8th generation of Pokémon games, are now available on Nintendo Switch. Having received a launch-day review code, TechRadar will be posting a full review in the next week once we’ve had a little more time with the game. In the meantime, we’ve recorded our first impressions of the first couple of hours spent in the Galar region below.

At this point in the long-running series, starting a new Pokémon game is kind of like being a kid and going to your favorite soft play area. It’s colorful, friendly and familiar and there’s a genuine anticipation for adventure with every visit, even if you largely know what to expect. 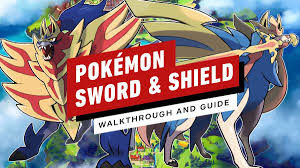 It was with that slightly contradictory but intoxicating thrum of excitement and solace that we dropped into the world of the newest Pokémon games: Sword and Shield.

Of course, we got much of what we wanted and expected from our version’s (Pokémon Sword) beginning. As with other Pokémon games, Sword and Shield start you off in the comfort of your childhood home. Here you can run from room to room, unrealistically marching past your massive TV and Nintendo Switch console with barely a glance. Before you have time to get too comfortable, your friend and neighbor, Hop, arrives to drag you off to pick a starter Pokémon and start your quest to defeat all the gym leaders that dare to stand in your way.

For veteran players this routine is a welcome home of sorts, while for first timers it’s a pleasant introduction to the Pokémon world, anchoring you with a home and friends before sending you on your voyage across a vast region.

The core underlying gameplay is also largely the standard Pokémon fare. If you like battling trainers and gym leaders interspersed with catching wild Pokémon and training them up then you’ll find that here.

This is Pokémon trying for a larger and more ambitious scale, as befits a move onto the Switch. 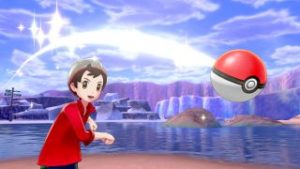 But not everything is exactly the same. For all its retention of many of the small moments that have become tradition in the series, the early hours of Pokémon Sword (and Shield, of course) have also made it clear that this is Pokémon trying for a larger and more ambitious scale, as befits a move onto the Switch. We’ll be able to go into the changes this ambition has wrought and assess their effectiveness more thoroughly in our full review but we’ll give an overview of what we’ve been most immediately struck by in the first few hours.

Naturally, on starting the game you immediately take in how much more environmental detail there is than anything seen before in the series. Stepping outside your home to see the flowers adorning your cosy cottage and the Wooloo gamboling around offers serious The Shire meets Fable vibes.

The world we’ve seen so far has personality and in its attention to detail has clearly been created with an affection for the UK it’s inspired by. There’s even an acknowledgement of the country’s ever-present class division when you walk from your humble cottage over the road to Hop’s palatial home with its own Pokémon battle court, just after he teases you about your bulky and scruffy second-hand bag.

Despite the care and detail, though, the world and its cutscenes aren’t that much of a visual step up from Pokémon Let’s Go.

Despite the care and detail, though, the world and its cutscenes aren’t that much of a visual step up from Pokémon Let’s Go (although your character does look less like a bug-eyed toddler) and unfortunately don’t quite meet the standards of other Switch headliners like Breath of the Wild. That doesn’t mean this isn’t a good-looking game—because it is, it’s arguably the best-looking Pokémon yet—it’s perhaps just not quite as much of a step up as we might have hoped for the series’ mainline debut on the Switch.

Then there’s the big addition of the Wild Area which is introduced early on. This is pretty much the first truly open Pokémon area and it feels like a take on the real-life Pokémon Go events that have been popping up over the world, where you’re able to wander around a park area dedicated to finding and catching Pokémon as well as engaging in Raids and bumping into other players.

The first sight of this area is striking largely because you get to see Pokémon wandering around in a way you never have before. On our first trip here we wandered through the various biomes, catching Pokémon and setting up a camp so that we could play with our team and cook them a frankly horrendous looking curry.

Significantly, the Wild Area is home to Pokémon of all levels which is interesting when you’re wandering in at an early low level. As risk averse and lily-livered Wimpods we weren’t initially sure about the idea that you could stumble upon a Pokémon with the capacity to wipe out your whole team with little warning. But we can appreciate that encountering intimidatingly powerful Pokémon makes the Galar region feel far more dynamic and real than the regions that have gone before it.

The Wild Area is also the home of Dynamax Raids, where you can join a team of three other players to battle and catch powerful new Dynamax Pokémon. We’ve only taken part in one of these Raids so far with 3 AI ‘friends’ so we’ll wait until our full review to give a real assessment of the Dynamaxing element of the game in its entirely. Thus far, though, we’re inclined to say they’re more fun to watch for sheer spectacle than they are to actually take part in.

For all its scope and promise, we’re not yet sure the Wild Area is somewhere we could see ourselves spending hours on end which could be problematic since as far as we can tell it’s the game’s main open area. Camping (which you can do most places in the game anyway) and catching are only entertaining for so long so we’re looking forward to getting a better sense of whether that first thrilling moment of “whoa” will last and keep us coming back here with pleasure.

At such an early stage in the game it’s impossible to make a final judgement but we’re enjoying our trip to the Galar region thus far. While first impressions are important, though, they’re not everything—just ask Ash and Pikachu—so we’ll be spending a little more time with the game before publishing our final verdict and review in the coming week.