Skip to content If You See This Bug That’s About to Invade the U.S., Don’t Kill It – عالم الثقافة 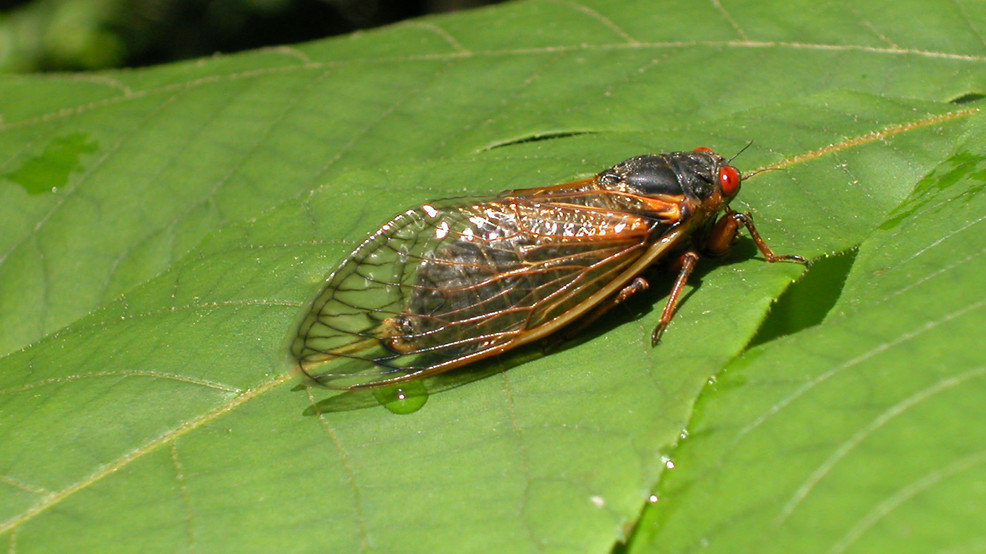 The cicada swarm in question is known as Brood X, or the Great Eastern Brood of periodical cicadas. Where annual cicadas, which are more commonly seen, are a shade of green, periodical cicadas are distinguished by their black bodies and bright red eyes. The insects, which are 2.5″ in length with a 3″ wingspan, last appeared en masse in 2004. Since then, they have been living underground, feeding on sap from tree roots for 17 years. “They are always there—that’s what people don’t realize,” said John Cooley, PhD, an entomologist at the University of Connecticut who studies periodical cicadas, told USA Today.

While living underground, the cicadas exist in “nymph” form with white bodies and no wings. Around five days after coming up to the surface, they will turn black as their exoskeleton hardens. They surface every 17 years when soil temperatures reach 64 degrees Fahrenheit, but they are also known to delay their emergence by a few days if the weather is rainy or otherwise sub-optimal.

The distinctive buzzing noise created by the swarm is due to the male insects trying to attract a mate. After this has taken place, the females will cut into soft small twigs to lay their eggs, according to the U.S. Department of Agriculture. This can kill young branches, meaning that periodical cicadas pose a particular risk to tree nurseries and orchards. Cooley advises placing nets or bags over young trees until around the start of July, when the cicadas will disappear again. The eggs they have laid then fall to the ground, burrow in and the 17-year cycle starts once more.

Other than cosmetic damage to trees, periodical cicadas are largely harmless. They don’t want to come indoors and they don’t bite humans; in fact, they may actually be helpful. “Cicadas are mostly beneficial,” the National Wildlife Federation points out. “They prune mature trees, aerate the soil, and once they die, their bodies serve as an important source of nitrogen for growing trees.”

Cooley told USA Today that the most common question people ask about cicadas is how to kill them. “The answer is: don’t,” he said. “They are one of our natural wonders. Enjoy them while you have them.” Read on to find out the 15 states that can expect to see cicadas this spring and summer, and for more insect info, learn about The Most Painful Sting You Can Get From an Insect.