Skip to content If You Have This Kitchen Tool at Home, Stop Using it Immediately – عالم الثقافة 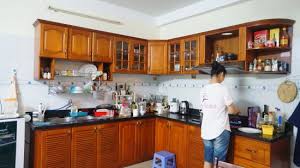 On Jan. 19, the CPSC announced the voluntary recall of approximately 128,000 Rapala Rechargeable Fillet Knives due to fire concerns. The recalled knives, which were sold at Bass Pro Shops, Cabela’s, Fleet Farm, and sporting goods stores throughout the U.S. between March 2011 and Dec. 2018, can overheat and potentially catch fire if they’re charged using other companies’ chargers.

As of the recall date, Rapala had received 12 reports of the knives’ batteries catching fire, which, in some cases, resulted in property damage, although no injuries had been reported.

The recalled knives have black and gray handles with a red Rapala logo and the word ION in white on them. Anyone with one of the affected knives “should immediately stop using the recalled rechargeable fillet knife, remove the battery and look for a white ETL label on the battery,” the recall notice states. If your knife has no ETL label, you should get in touch with Rapala to receive a pre-paid return envelope for your old battery and a free replacement battery. Rapala joins a long list of companies who’ve had to pull their products from the market over the past few weeks; read on to discover which other popular items have been subject to recent recalls. And if you want to avoid a serious safety threat, If You Bought These 2 Things From Target, Return Them Now.