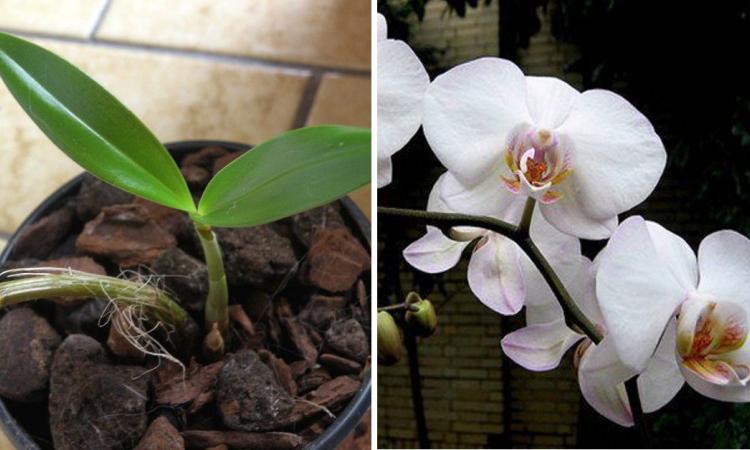 Offering an orchid (Phalaenopsis) has become a classic, so much so that the interiors are more and more filled with orchids … which end up being deflowered, which is much less decorative, even if the leaves are evergreen.

To make bloom an orchid, it is possible:
When the orchid flower fades, after several weeks of majestic blossoming, you must cut the deflowered parts over a lower node to encourage the production of new flowers, or flush with the pot if the stalk has also faded . Then, some rules must be respected:

1- repoting the orchid: to be done only if the soil seems exhausted, generally only every two to three years, to give new nutrients to the orchid.

2- a very strong light: expose there in front of a window, not necessarily in the south otherwise the rays of the sun can be too strong, but rather in the east, at the rising sun.

3- a humid atmosphere: baste the pot for about 15 minutes, once a week, in water at room temperature, so that the humid atmosphere is preserved. Drain the pot well so that no stagnant water is left in the pot. And wait until the soil and roots have dried up well to water again.

4- little fertilizer: do not abuse fertilizer “special orchids” or chemical fertilizer generally. The orchid will do very well without, but you can put a little bit of time.

After a few weeks, sometimes even a few months, you will see a new stem with flower buds at the end, which will grow to give you beautiful flowers again.

Some orchids, other than Phalaenopsis, need much cooler nights than days to trigger a new flowering. This is particularly the case of cymbidiums.