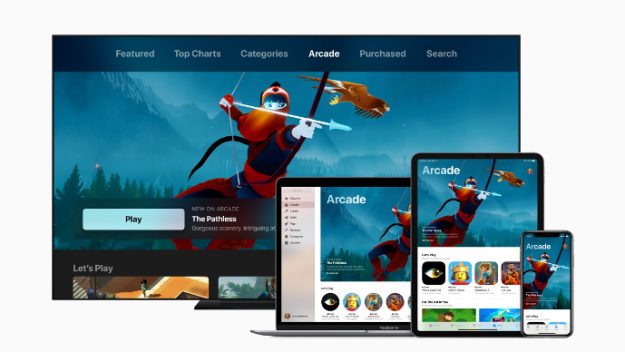 When Apple Arcade launched in September, the subscription service debuted with an incredible number of games — so many, in fact, that it could be hard to find the best things to play. In the ensuing weeks and months, a steady trickle of new games has hit the platform, making that search even harder. Apple Arcade is now home to more than 100 games, and while the top end is full of great titles, the quality varies quite a bit. And that’s become even more true as the service has become more crowded.

The huge number of games, compared with the relatively quiet way Apple goes about releasing them, means there’s a good chance you missed some of the better titles to hit the service. (A holiday season filled with lengthy blockbusters like Death Stranding and a new Pokémon didn’t help either.) If you’re a subscriber, here are five relatively new games you should definitely check out — and if you aren’t, they might just push you over the edge.

GUILDLINGS
Guildlings is a lot of things. It’s a young adult story wrapped in a fantasy adventure, one that combines elements from RPGs and adventure games. Most importantly, though, it’s incredibly charming. It starts out simple enough. Your character becomes a disembodied wisp that communicates through a magical smartphone; you then use your newfound powers first to help your sister escape house arrest, and then recruit a guild of like-minded adventurers. It’s sort of like a traditional fantasy RPG viewed through the lens of modern smartphone and self-care culture. Dialogue comes in the form of group texts, and in order to solve many of the puzzles your party members have to be in a good mood. (There’s even a great scene with a terrifying terms of service form.) It’s all very pleasant and funny, and best of all, the game — which is billed as a first chapter — only lasts around six hours, making it easy to squeeze into a weekend play session. 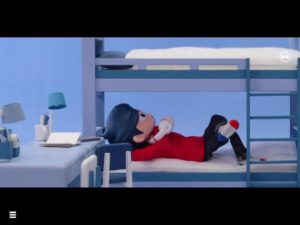 TAKESHI AND HIROSHI
Takeshi and Hiroshi is the kind of game that seems ideal for Apple Arcade. It’s short and simple, which are attributes that don’t get much attention on the App Store nowadays. But it’s also incredibly heartwarming and clever, and unlike anything else I’ve ever played. The title alludes to two brothers; Takeshi is a budding game designer, while his younger sibling Hiroshi is a big fan who’s also dealing with an illness that regularly keeps him hospitalized. To keep his brother in good spirits, Takeshi is designing the ultimate RPG. In fact, the game you play is about designing that very game. In between adorable stop-motion vignettes, you’ll be tuning the game as Hiroshi plays, balancing things so that the battles aren’t too hard but also remain exciting enough to keep him interested. The way the story and gameplay intertwine is brilliant, really drawing you into the sweet tale of these two kids.

PILGRIMS
In some ways, you generally know what to expect from a game developed by Amanita Design. The Czech studio behind the likes of Machinarium and Chuchel is known for quirky, charming point-and-click adventure games, ones that use art and animation to tell strange and wonderful stories. Pilgrims ticks all of those boxes. But it’s also a very experimental game that explores what you can do within the confines of a classic point-and-click game. Instead of a traditional user interface, you have a handful of cards, each representing characters, items, or actions. This gives the game a playful feel, as you can experiment by placing cards and seeing what happens, eliminating much of the frustration inherent to the genre.

MANIFOLD GARDEN
If you mashed together the quiet mysteries of Myst with the impossible architecture of Monument Valley, you’d get something that looks like Manifold Garden. The first-person adventure game is disorienting at first. You explore a strange, stark world filled with seemingly unending structures, and you have to figure out how to make your way through. The main twist is that you can essentially flip gravity; walk to a wall, hit a button, and now that wall becomes the floor. This forces you to look at things differently, finding new angles and viewpoints in order to solve puzzles. It can be confusing at times, and I once spent 30 minutes walking down a never-ending staircase. But when you finally come to grips with the game’s logic, it’s incredibly satisfying.

PAC-MAN PARTY ROYALE
Sooner or later, battle royale comes for us all. The last-person-standing genre, popularized by Fortnite, has already made its way into iconic franchises like Tetris and Civilization with varying degrees of success. Now it’s part of Pac-Man — and it actually works. Party Royale is fairly small in scale. Four pac-people compete, fighting to eat dots and stay alive the longest. (You can play either with friends online or against bots.) You’ll need to avoid ghosts as in traditional Pac-Man, but there’s a new twist: when you eat a power pellet, you can eat both ghosts and your competitors. It gets hectic, especially when time randomly speeds up or the maze gets distorted. It’s like the original, only more deadly and chaotic.