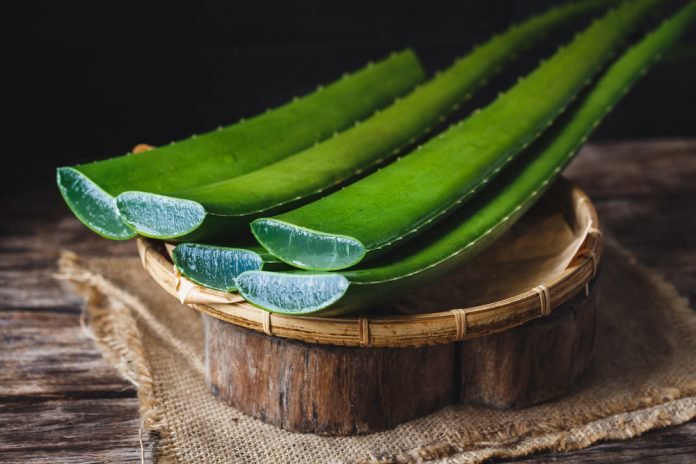 Located off the African continent, Madagascar is an island sheltering both an abundant fauna and flora. Its isolation from the African continent, which is attributed to seismic phenomena, as well as its climatic and relief diversity, have favored the appearance of a multitude of plant species. Thus, we propose you to discover the plants that are the most used for therapeutic treatments.

1- Aloe vera:
You already know this plant, since many pharmaceuticals and cosmetics are made from it. It is a plant with a multitude of properties, including moisturizing and healing, which are beneficial for the care and health of the skin, and even hair.

In traditional Malagasy medicine, the gel contained in aloe vera leaves can be cooked in water with honey and sugar which serves to alleviate the bitter taste and then consumed as such. This mixture would treat the stomach disorders such as gastritis or ulcers. In external use, it is also applied to washed wounds, burns or skin diseases.

2- Sensitive (Mimosa Pudica):
Native to South America, this plant also grows abundantly in the Malagasy rice fields. It flowers during the rainy season and gives fruits to pink pods protected by quills. It is mostly used for difficult deliveries. In addition, it would also address the irregularity or lack of rules. For this, the decoction of the fruit should be drunk 2-3 days before the start of menstruation and up to 3 days later.

3- The Periwinkle of Madagascar (Caranthus Roseus):
It is a very pretty flower very often used for decoration, but in Madagascar, this plant is known as an excellent therapeutic remedy. A decoction of its flowering leaves and tops is most often used to treat hypertension, liver problems or to limit diabetes.

4- The Foraha (Calophylle):
These are tiny balls of flowers, from which are extracted an oil with powerful effects on the blood circulation, it is an excellent anticoagulant. Called the essential oil of Calophylle, this oil is used to treat both wounds and burns because it also possesses remarkable antibacterial, anti-inflammatory and healing properties.

5- Spirulina:
This an alga mainly grown in China, but also very abundant in Madagascar. Malagasy people use it as a dietary supplement. The extraordinary nutritional properties of this plant allow it to fill most of the deficiencies caused by malnutrition.

The WHO has even classified it as a better source of protein for humans thanks to its ease of assimilation by the body. But it also contains a lot of other essential nutrients such as trace elements, minerals, unsaturated fatty acids, chlorophyll.

6- Papaya:
You love papaya for its sweet taste, but did you know that papaya is an excellent medicinal plant, its leaves are used therapeutically. They are mainly used to soothe the digestive system, relieve stomach upset and treat liver ailments.

7- The Ravintsara:
Ravintsara is the origin of one of the most famous essential oils in Madagascar, it has many virtues: immunostimulant, anti-infectious, antiviral, venous decongestant and tonic circulatory, skin regenerator.